The Lets'eng Legacy diamond, which is said to be the 18th largest gem-quality rough diamond to be discovered in the world, was recovered from the Lets'eng le Terai Mine in Lesotho, on September 7, 2007. The name "Lets'eng Legacy" seem to reflect the growing legacy the Lets'eng le Terai Mine is creating as the world's leading producer of remarkable diamonds today. The mine has produced three of the world's top 20 rough diamonds, out of which two of them were produced within the last 13 months-the 603-carat Lesotho Promise diamond in August 2006 and the 493-carat Lets'eng Legacy diamond in September 2007. 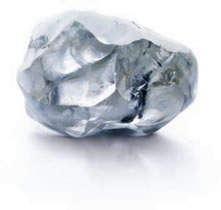 The Lets'eng Legacy is a D-color rough diamond, weighing 493 carats, discovered in the Lets'eng diamond mine just two months ago, on September 7, 2007. Gem Diamonds Limited, which co-owns the mine with the Government of Lesotho, has said that the diamond has excellent color and clarity. We have included an account of this remarkable diamond, to keep our readers abreast of the recent developments in the international diamond industry, in spite of the fact that the rough diamond has not yet been cut and processed. At the time of writing, the rough diamond has been purchased by SAFDICO, the South African Diamond Corporation, a subsidiary of the London-based Graff Diamonds, the same company that purchased the Lesotho Promise diamond in October 2006. The account of this diamond will be updated as more information on the processing of the diamond are released.

In the list of largest gem-quality rough diamonds discovered in the world the Lets'eng Legacy occupies the 19th position, but if we omit the De Grisogono black diamond, it becomes the 18th largest rough diamond in the world. The Lesotho Promise and the Lesotho Brown occupy the 15th and 16th positions on this table.

The diamond being D-color is undoubtedly a Type IIa diamond, which are said to be chemically pure and structurally perfect diamonds. In the absence of factors that can cause color in diamonds, these diamonds are absolutely colorless.

History of the Letseng Diamond Mine

The Kingdom of Lesotho is a tiny, mountainous, landlocked, and independent country, situated almost in the center of the South African Republic. The country is surrounded by the three provinces of the Republic of South Africa, Orange Free State, Kwa Zulu Natal, and Eastern Cape. The area of the country is only 11,720 sq. miles (30,355 sq. km.). Being a country with limited resources, Lesotho, also known as Basutoland, is economically dependent on South Africa, apart from its dependence  on South Africa for access to the outside world. 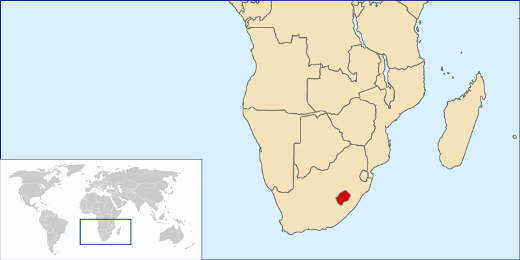 Among the country's limited mineral resources are uranium deposits in the area about 30 miles northeast of Maseru, the capital city, and the Kimberlite pipes in the highlands. The first Kimberlite mine that was opened for exploration by De Beers was the Lets'eng le Terai mine, in Mokhotiong, which operated for about five years from 1977 to 1982, but was later abandoned, due to a slump in world diamond prices. The mine was again re-opened in 2004 as a joint venture between the Government of Lesotho and the South African based Gem Diamonds Limited, known as the Lets'eng Diamond Company, which owned shares in the ratio of 30 % : 70% respectively. Gem Diamonds Ltd, is headed by Clifford Elphick, a former adviser to the Oppenheimer Family, who also had a 40 % stake in the diamond giant De Beers. The Lets'eng diamond mine situated  in the Maluti Mountains of Mokhotiong at an elevation of 3,100 meters above sea level, is the highest diamond mine in the world. 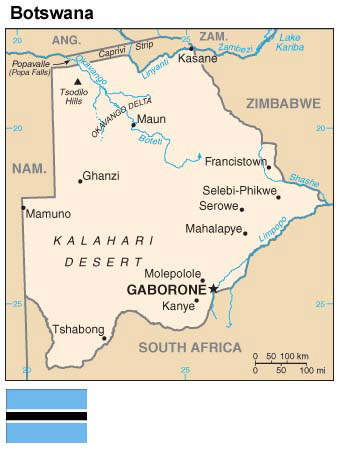 The  Lets'eng hosts two Kimberltes, the main Kimberlite pipe and satellite Kimberlite pipes, whose combined diamond resource value is said to be $ 4.7 billion. The Lets'eng diamond mine although expensive to operate with a low yield of only 2 carats per hundred tons of Kimberlite, is renowned for its high percentage of large diamonds over 10 carats in weight. Thus the disadvantage of low yield is more than compensated by the advantage of larger size of the diamonds, and the Lets'eng diamond mine has the highest dollar-per-carat ratio of any diamond mine in the world. According to Gem Diamonds Ltd. interim results ending June 2007, the average price per carat achieved from the Lets'eng Satellite Pipe was $ 1894, and the Main pipe $ 1,128. The world average price is approximately $ 81 per carat.

The Lets'eng diamond mine has produced three of the 20 largest diamonds in the world. They are the 15th largest diamond, the 603-carat "Lesotho Promise", the 16th largest diamond the 601-carat "Lesotho Brown", and the 18th largest diamond the "Lesotho legacy." See table above. Two of these diamonds, the Lesotho promise (2006) and the Lesotho Legacy (2007) were produced since the re-opening of the mine in 2004. Besides these two diamonds other large diamonds have also been produced by the Lets'eng diamond mines. In January 2005, four large high quality diamonds were produced  within a period of six days weighing a total of 366 carats and was sold for $ 8 million. The individual weights of the four diamonds are 76 carats, 112 carats, 106 carats and 72 carats, in the order in which they were discovered. In January 2007, a 215-carat D-color, flawless diamond was discovered, that sold for $ 8.3 million. The 603-carat Lesotho Promise diamond was sold by tender in October 2006, for a sum of $ 12.4 million, and was purchased by SAFDICO, a subsidiary of the London based Graff Diamonds.

The Lets'eng diamond mine has thus become the world's most consistent source of high quality large diamonds within three years of its re-opening. The success story of the Lets'eng diamond mine has attracted several diamond prospecting companies from  around the world to invest in the diamond mining industry of Lesotho. These companies have negotiated attractive deals with the government for the opening up of other Kimberlite pipes in the country. Apart from the Lets'eng diamond mines four other new diamond mines have been opened. They are Kao, Liqhobong, Lemphane, and Kolo mines. Even the Lets'eng Diamond Company hopes to expand their production by investing on a second processing plant that would hopefully boost production from an average of 50,000 carats per year to 100,000 carats per year.

Sale of the Lets'eng legacy by tender

The "Lets'eng Legacy" diamond was sold by secret tender-the same procedure adopted previously for the Lesotho Promise diamond- by WWW International Diamond Consultants at a ceremony and press conference hosted by the Antwerp World Diamond Center, on November 14, 2007. The sale was attended by the Minister of Natural Resources of Lesotho, Mr. Monyane Moleleki and the directors of Gem Diamonds Ltd. Leading players in the diamond industry took part in the sale, and the winning bid came again from SAFDICO, the manufacturing arm of Graff Jewelers, London, who also purchased the "Lesotho Promise" diamond. It is reported that, there were also strong bids from Rosy Blue, and Premier Diamonds. The "Lets'eng Legacy" diamond was sold for $ 10.4 million.

It is hoped that the benefits of this expanded diamond mining activity would eventually trickle down to the poor masses of this tiny impoverished nation, that would see a real improvement in their living standards.